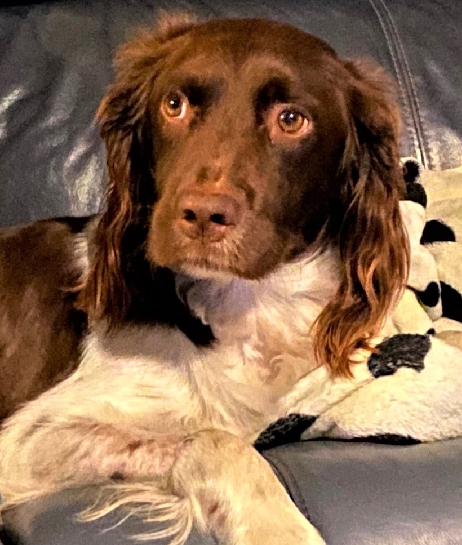 Meet Tomac! Tomac is a beautiful 2-year-old English Springer Spaniel who was hospitalized after being diagnosed with IMHA in December of 2021. He had already had 3 blood transfusions in as many days and the hospital cautioned that a fourth may be needed because his PCV had dropped from 25% earlier in the day to 18% that evening. By 2:00 am, Tomac’s PCV had dropped to 14%. His owners were desperately looking for a way to stop this vicious cycle and learned that stem cell therapy was an option for treating IMHA. They gave us a call, and since they lived just a few hours away, decided to discharge Tomac and bring him to Safari. 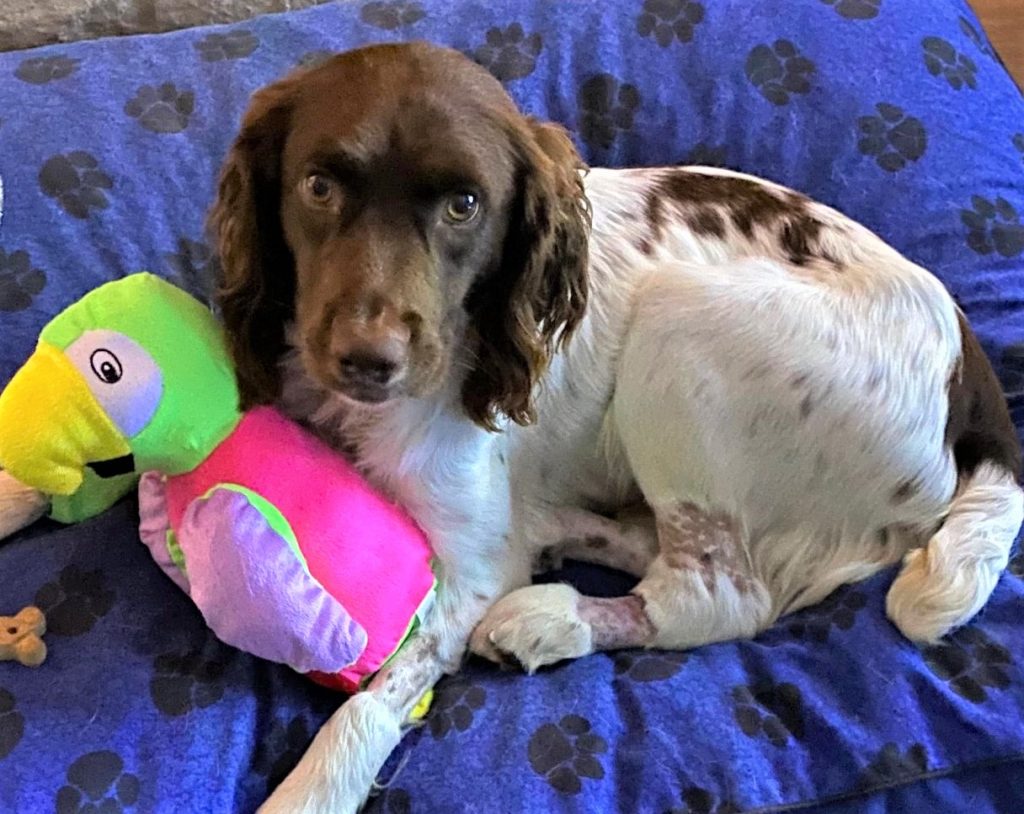 Upon arrival Tomac’s PCV was down to 13%, and it was apparent that he needed blood, so a 4th blood transfusion of packed red blood cells was given. Next, he got his first transfusion of stem cells. During this time, Tomac was kept on his immunosuppressants and stomach protectants, even while getting his stem cells. This is because we want to stop the killing of the red blood cells as soon as possible, and the medications help with this.

Tomac went back home that night with the expectation of not only needing more blood, but of having a 2nd round of stem cells shipped to their vet for administration if his PCV didn’t rise quickly. The next day, his PCV had again dropped, this time down to 10%, and a 2nd round was needed sooner rather than later. He also needed more blood, so his vet administered both packed red blood cells and stem cells. The following day his PCV had risen to 18% and he was passing urine that was a more normal color, and not as dark as it had been. In the next few days his PCV continued to rise and Tomac gained interest in playing with his ball outside. He was still tired, but more alert and active. A week later, his PCV was up to 34% and he has been doing well since then!