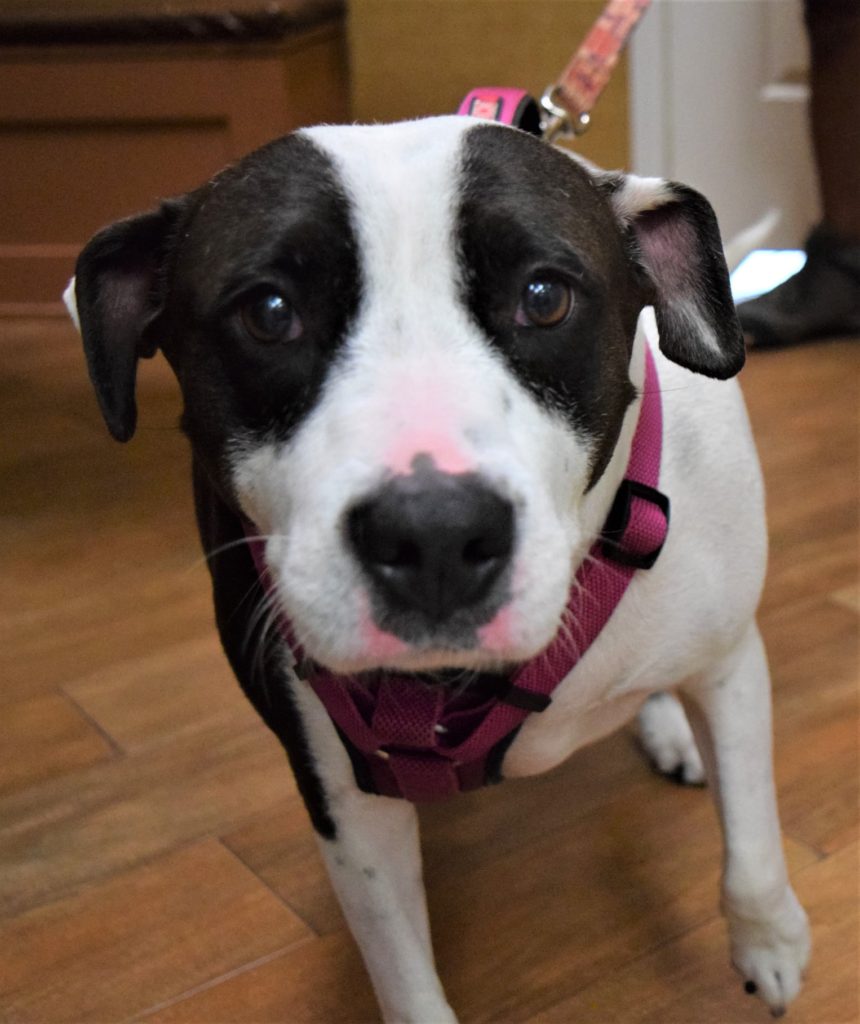 Nike is a sweet 5-year-old female pitbull mix who was diagnosed with primary regenerative IMHA on June 1st 2020. At the time she was across town in an emergency facility getting a blood transfusion because her pcv had dipped to 13%. Her owner realized she needed stem cells, pulled her from the emergency hospital, and brought her across Houston to Safari for the cells.

After one more transfusion Nike was discharged from the hospital with a pcv of 34%. Her owner brought her straight to us for a second round of stem cells. As the benefits from the blood transfusion wore off, her pcv dipped into the low 20’s, then slowly crept up, this time from the effects of the stem cells.

At her checkup a month later, Nike’s pcv was 35, and by August she was up to 40.9%. A plan was made to wean her off the immunosuppressants she was taking that were causing unwanted side effects. She was down to a low dose of prednisone once a day and Atopica twice a day. 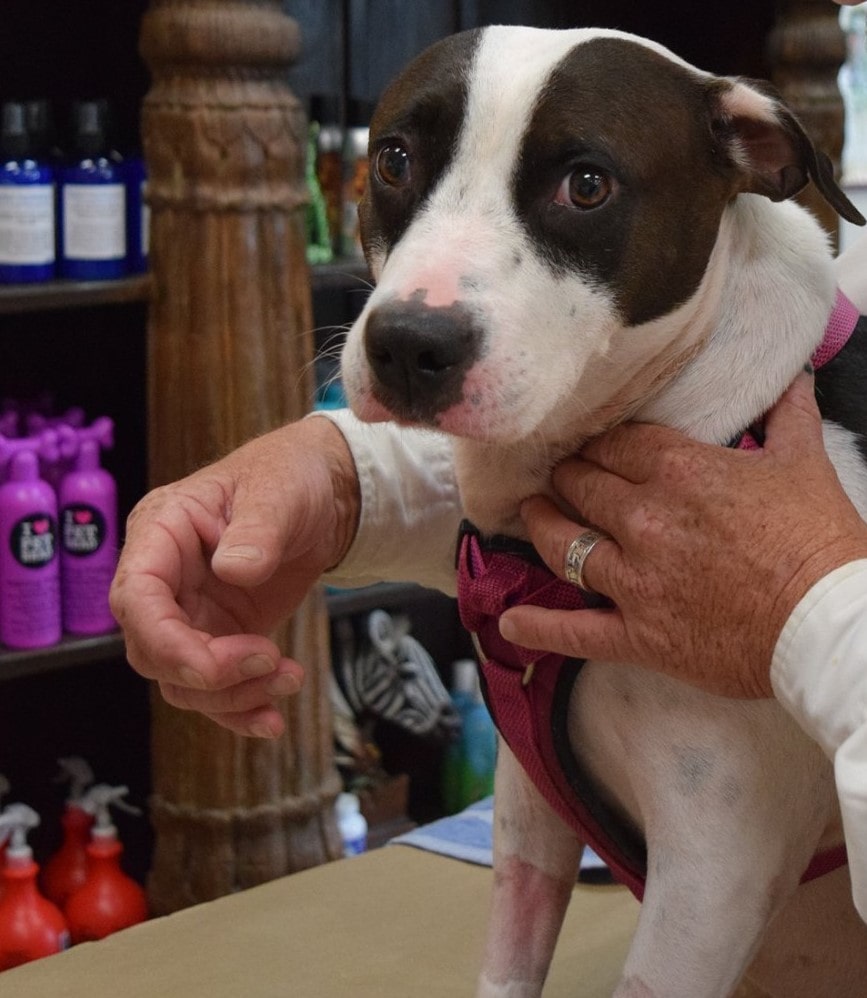 When she came back in mid-September a blood smear was done to check for the presence of spherocytes. Spherocytes are red blood cells that have been attacked and have filled with fluid causing them to become sphere-shaped. These are detected by placing a blood smear on a slide and looking at it under a microscope for the sphere-shaped blood cells. If none are found, it indicates that the red blood cells are no longer being killed by the pet’s immune system, which is what Nike’s blood smear showed. All that was left to do for her at this point was to wean off the drugs and check her blood every 3 to 6 months to be sure her IMHA has not returned.

IMHA is a rare but deadly disease for which there is no cure. Until now, the normal protocol was to administer drugs to suppress the immune system so that it would stop attacking the pet’s own blood cells. These drugs would in turn leave the pet susceptible to illness or bacteria because the immune system could no longer fight them off. The drugs also harm the body, giving all sorts of side effects like diarrhea, nausea, vomiting, serious muscle atrophy, weight gain, skin and coat issues, and more.

Why do we consider Nike a Stem Cell Superstar? Because of her stem cell therapy, Nike was not only able to beat this disease, she did so in a matter of a few short months! She was never close to death as many pets are, owing in part to the stem cells directing her immune system to stop the attack which drugs are unable to do. She will be able to completely stop the drugs that many pets need to continue taking for the rest of their lives. Nike is a testament to the healing power of all-natural stem cells!