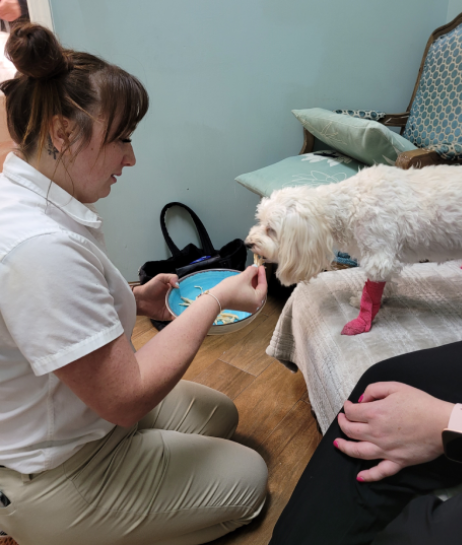 Jax Gets Stem Cells for His IMHA

Jax is a 6yo Bichon mix who started acting ill in late April/ early May of 2022. He was becoming lethargic and was losing his appetite. He began vomiting and became disinterested in food or water, losing about 5 pounds in a few weeks. 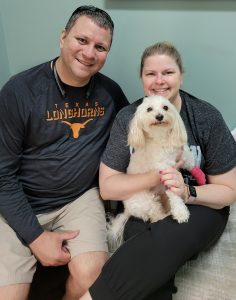 He was declining and was taken to the emergency clinic and hospitalized where he received a blood transfusion right away. There, he was still unable to eat much because he was constantly salivating, smacking his lips, and panting. He got all the usual testing done, including radiographs, 4dx test to check to tick borne diseases, blood smears, biopsies, and bone marrow aspirates. It was determined he had IMHA. He even developed PICA from the anemia, and was found to have rocks and sand in his digestive tract. At this point he was non-regenerative, meaning that his body was unable to produce enough new red blood cells to keep up with those being killed. He was started on prednisone. His PCV had started down around 15% and had reached 30% after the blood transfusion. Jax was discharged and headed home. His PCV hovered in the mid-20’s throughout May.

About a month later in mid-June he once again became lethargic, started vomiting, and wasn’t eating. His owners noticed he was pale as well. When they checked his PCV, it was down to 11%, so another blood transfusion of packed red blood cells was ordered. He was hospitalized for a few days so he could be watched. 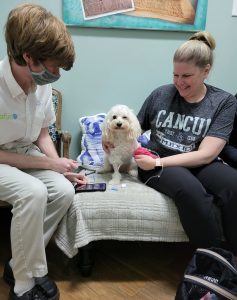 Meanwhile, his owners had found Safarivet and called to find out if Jax was a candidate for stem cell therapy. They lived “just up the road” in Dallas, and came to see us here in Houston for stem cells. When a pet is critical or their PCV is dropping quickly, we recommend 2 rounds of cells 12-24 hrs apart, which is what we did for Jax.
Jax was happy to take some rotisserie chicken from Katie while waiting for his second round of stem cells. He hadn’t eaten for a few days, and perked up after his 2nd round of stem cells. We are happy to report that his PCV that was down to 11% at one point in mid-June was 36% by mid-July!
Even Jax is smiling after some delicious chicken and a second round of stem cells! We’re happy for this sweet boy and his family!