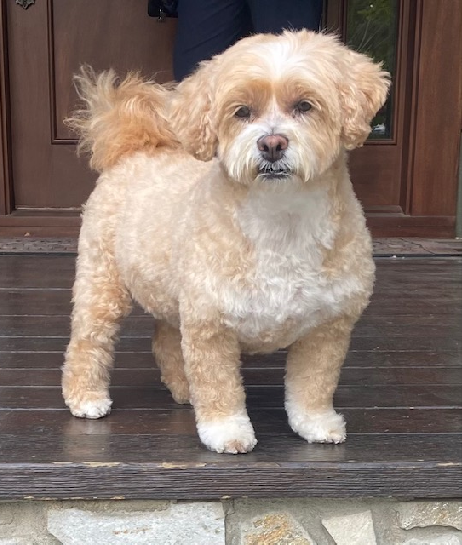 In April of 2021 Daisy, an 8-year-old Bichon-Shih tzu mix, was diagnosed with primary intravascular IMHA. She was so critically ill that the day she first was taken to her vet, her owners were told that her Packed Cell Volume (PCV) was down to just 5%! She was hospitalized that day, started on immunosuppressants, and given her first transfusion of packed red blood cells. 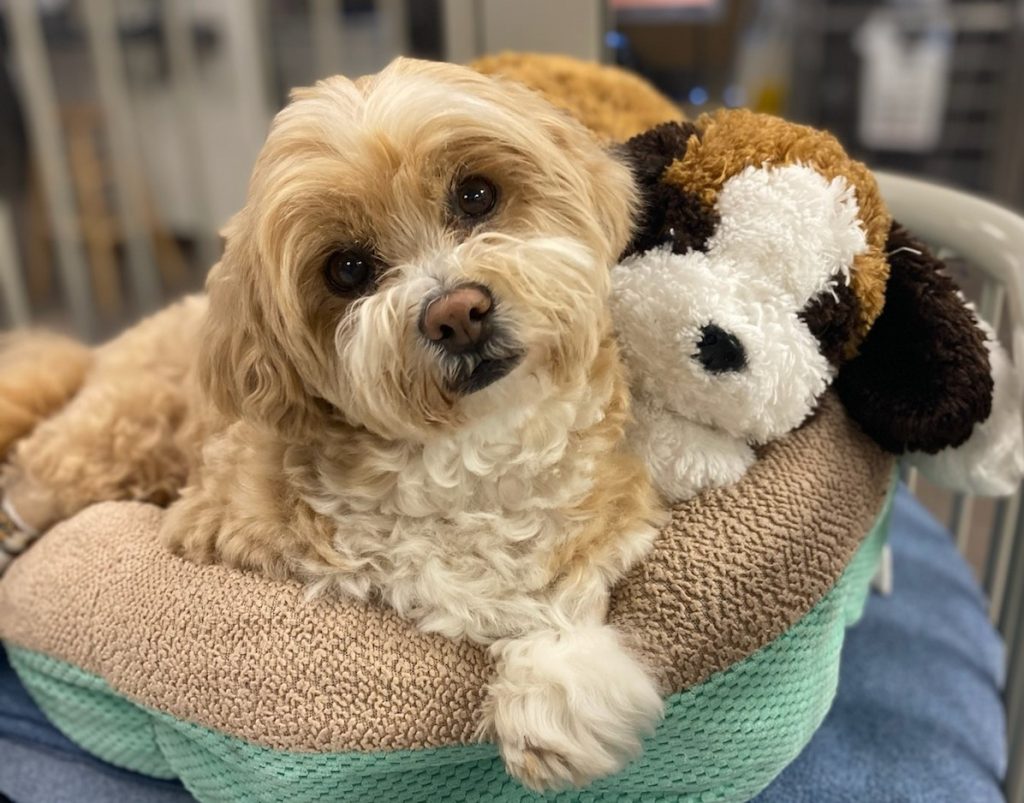 For the next 8 days her PCV would come up to the low- to mid-twenties after each transfusion of packed red blood cells yet drop below 15% within 24 hours. Her veterinary team would transfuse her blood again when it got down to 13 or 14%, which occurred ELEVEN more times in just over a week!

Moreover, she was also given two human immunoglobulin treatments but neither had the effect everyone was hoping for. (In essence, IVIg floods the body with antibodies to fool the immune system. This treatment does not halt the production of antibodies and therefore does not cure the problem, so the effects only last a short time.) 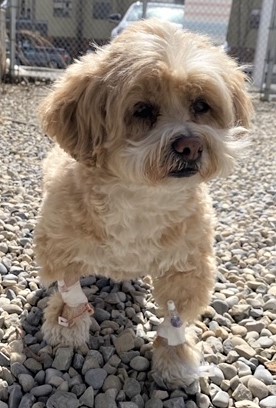 It was becoming clear that the regimen traditionally used to treat IMHA was not working. Her owners were getting desperate to save her and began looking for alternative treatments.

One exceptionally long, agonizing week later, Daisy’s owners found Safarivet online and contacted us to inquire about using stem cell therapy. At this point, it was imperative to help Daisy survive. After her records were reviewed, her case evaluated, and her doctors consulted, stem cells were overnight shipped to Miss Daisy in the hospital.

Since she was not responding to any traditional treatments, she was sent two rounds of cells to be administered within 12 hours of each other. The day they arrived she had just received her twelfth blood transfusion, just NINE DAYS after her diagnosis.

The day after she received her both stem cell infusions, we got the good news that her PCV was up to 23% and that she had gone just over 24 hours without needing more blood for the first time since she arrived at the hospital! A day later her PCV had dropped a bit to 18% so two more rounds of stem cells were shipped out. She had now gone over 48 hours without needing a transfusion. After these next two rounds of stem cells were administered her PCV climbed to 25% and Queen Daisy was discharged to continue recuperating at home.

As these pictures can attest, she was given a grand send-off with balloons, streamers, cake, party hats, leis, and yummy donuts!!

One week after her discharge from the hospital, Daisy’s PCV was up to 35%, and almost a month later was up to 46%. Another month and a half later, Daisy’s PCV is holding steady, and her veterinary team continues to reduce her medications. She is down to just 5 mg of prednisone and is doing well!

12-04-21 *update from Daisy’s owners: “Daisy continues to be excellent. Her last several PCV results (every 2 weeks she is tested) have been in the 44-48% range. She is now off all of her IMHA meds (with the exception of one immunosuppressant which has been cut in half). The expectation is that she will be completely off this last one in the next few weeks. Again, we cannot thank you enough for helping our Daisy!! Daisy has probably had some of the best months of her life lately!”