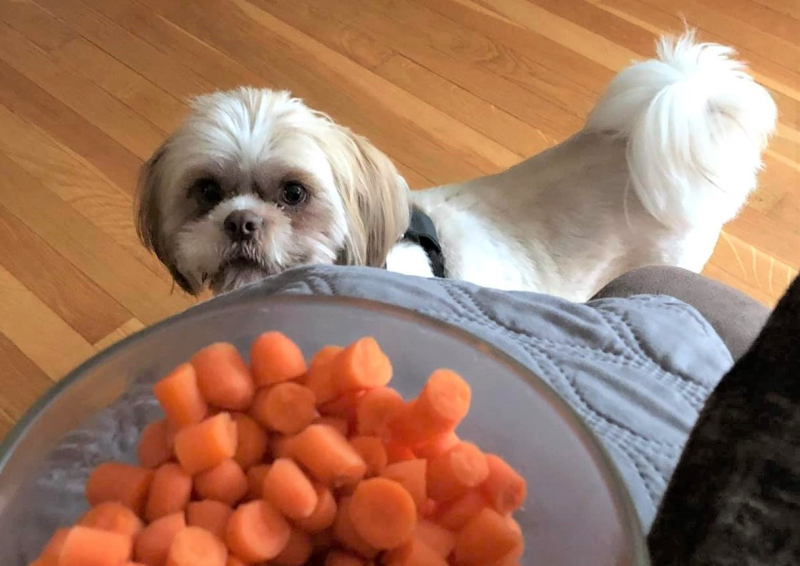 Bella is a 2-year-old female Shih Tzu who started feeling run down in January 2020 and didn’t have much energy. She was diagnosed with IMHA. Her packed cell volume, or pcv, was at 29%, which was below the normal range. (For females, normal is between 37% and 48%. For males, between 45% and 52%.) Pcv is a measure of the oxygen carrying capacity of the blood, because red blood cells are the oxygen carriers. So if the pcv is low, the organs aren’t getting enough oxygen which makes the pet feel super tired and sluggish.

The doctors also said that Bella’s blood also showed signs of “mild agglutination”, which means some of the red blood cells were sticking together. This can be a sign of IMHA and can become a deadly symptom. The reason the red cells are being killed is because they are inappropriately being “tagged” as old and ready to be destroyed even if they’re not, and these tags on the red blood cells can stick together, forming clots. Many dogs who die of IMHA do so because of blood clots in the lungs, so this agglutination was not good news, even if it was mild.

The doctors also ruled out tick borne disease, which can cause IMHA. If it had been Lyme disease, Bella would have been given antibiotics for 4 weeks and could have gotten out of the hospital a lot quicker!

Once the doctors decided they were dealing with primary IMHA, they started Bella on some medications to try to get the anemia under control. Two corticosteroid medications were prescribed to try to suppress her immune system so that it would quit attacking her red blood cells. Since there aren’t medications that can just stop the immune system from killing the red blood cells, doctors can only give drugs that shut down the whole immune system. This means the body cannot fight off a cold or infection if it needs to. 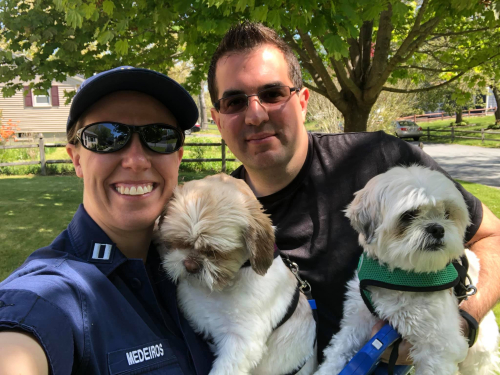 Bella’s pcv had dropped down to 14%, a 7-point drop in 24 hours. Over the course of a week she was given 7 blood transfusions because she kept dropping so dramatically overnight. Her owners contacted us to inquire about stem cells. Bella’s records were reviewed and her local veterinarian consulted on administering the cells to Bella intravenously when they arrived the next day. Following her 7th blood transfusion Bella was given her first round of stem cells through an I.V. catheter. The next few days her pcv values bounced around between 20% and 28% and a second round of cells was given. Before the second round of stem cells her pcv was down to 24%, and the day after the stem cells it was up to 30%. Over the next few days it climbed to 35% then 47% and on up to 50%. Two months later she was at 48% and now, nearly 2 years later, she remains in the upper 40’s to mid-50’s.

Nowadays Bella has forgotten all about being sick; she’s too busy wrestling and playing with her brother, showing him who’s boss and just enjoying normal dog life with her family.

To learn more about getting stem cells for your pet, call Safari at 281-332-5612 or visit our website to submit a request for cells by clicking here.