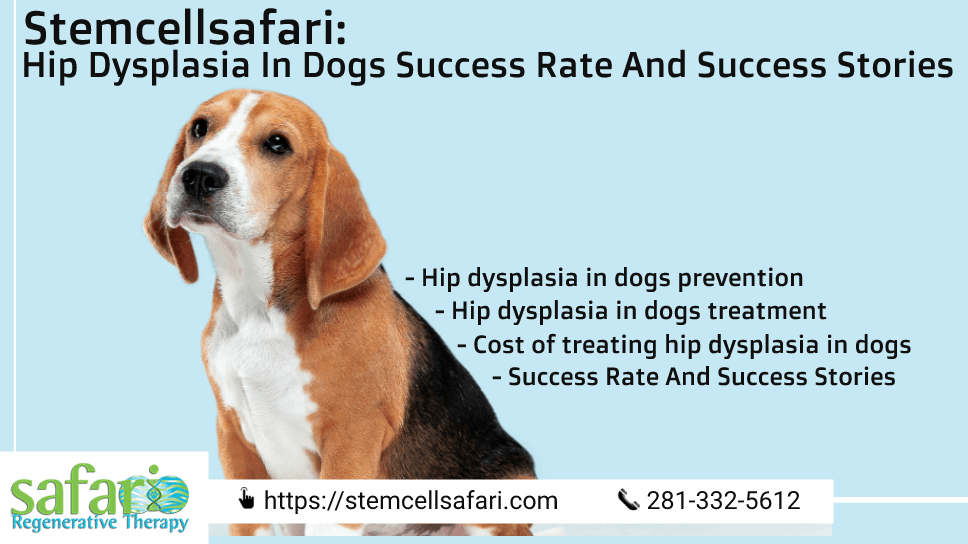 Your dog’s hip joint works as a ball and socket and hip dysplasia occur when they grind and rub against each other, leading to continued breakdown, pain, and eventual loss in the function of the affected hip.

The cost of treating hip dysplasia in dogs varies from location to location. If you live in the city, it is only fair to expect that you will be charged higher than someone who does not. The type of surgery and technicality and difficulty of the surgery will also determine how much will be charged. More importantly, the specialty of the vet doctor also plays a key role in determining the cost of the surgery.

More than half of pet owners with dogs with hip dysplasia have reported improvement in their dogs after stem cell therapy. This high rate makes it a very effective treatment option. However, due to the nature of hip degradation, there is a likelihood for the hips to degenerate further after a while. It is usually considered more frequently than surgery because of the minimal invasiveness involved in the procedure and its huge propensity for success.

Ola, my german shepherd was diagnosed with hip dysplasia in 2019 and after much deliberation, we decided to go the route of stem cell therapy. The non-invasiveness of the procedure was a major consideration as Ola is quite old and we were not sure she could handle it.